Syrrako… The small town of legends and traditions

There are some places that seem tied to the history, more than others, as if the history left its trace on the face of nature and the soul of man, mountains and canyons, rivers and songs.

Syrrako is such a place. Spread on imposing and rough peaks, which are surrounded by high and steep slopes preserving the snow almost throughout the year.

Here, in this place lived a traditional and proud people, an introvert and harsh generation so as to survive in this scrubby and poor geographical piece of Europe, even when it was necessary in foreign lands. Simultaneously they were sensitive people because of their proximity with nature, nomads breeders who loved their homeland and their labor.

Syrrako, wisely spread along on the slopes of Mount Peristeri (Epirus – Greece), perfectly adapted to the natural landscape, masterfully built by craftsmen who worked the stone with care. They worked their destiny with patience and local materials.

Facing the village from the point of Ag. George it invites/challenges you to dominate it, it challenges you to walk on the arched bridges which stand there imposing, just in front of the entrance of the village. They seem that they want to protect you from the streams that cover the dells, and to predispose you for all the things that you will come across in the village.
You will wander all the traditional stone paths (kalnterimia). On those paths once walked all the ancestors of Syrrako habitants, traders, breeders, and mule carriers.

Everyone contributed to obtain special privileges from the Porte of Ottoman Empire when the historical town of Epirus had a population of 3000 habitants. A place that many foreign travelers admired it (Leake, Poukevil) finding in this place a big library and foreign press incomparable to the similar ones in Giannina.

You will also think about how many generations were brought over and held unspoiled their willingness to create this achievement. Little houses made by stone with beautiful yards, and a peace around which makes you whisper so as not to disturb the nature, which seems to have a deep sleep.

And there in the central square, under the supervision of the perennial planes, you will learn the history of all people, who had the fortune to meet under their shady foliage even when their leaves fell. Here, the soul leaves behind it the casual routine, and the naturalist poets of Kostas Krystallis find a real meaning. The poet “waits” you just a little above, exactly outside of his house to recite you some lyrics of his poets such as “take me up to the mountains, the plain will “eat” me”.

And next to it the garden of great men of Syrrako. Kolettis, Zalokostas and other dominant personalities of the region all gathered in the garden of heroes, who will welcome you and narrate you the whole local history. If you want to quench your thirst and “hear” the magic of natural landscape, on your way you will find traditional stoned founts plenty of water. The folk art museums exhibit all the equipment of a lost era, an era that shown up the life of the habitants of Syrrako, a life “simple, but with many achievements”.

Finally, wherever you are in the village, you will have the time to visit all the churches that dominate in Syrrako (Sirako). Churches with the unparalleled temples and the gorgeous epitaph, so as to praise all the Saints that lead you to this place, with the unquenchable hope to come around again and again.

SYRRAKO: Here the soul leaves behind it the casual routine and the naturalist poets of Kostas Krystallis find their real meaning. 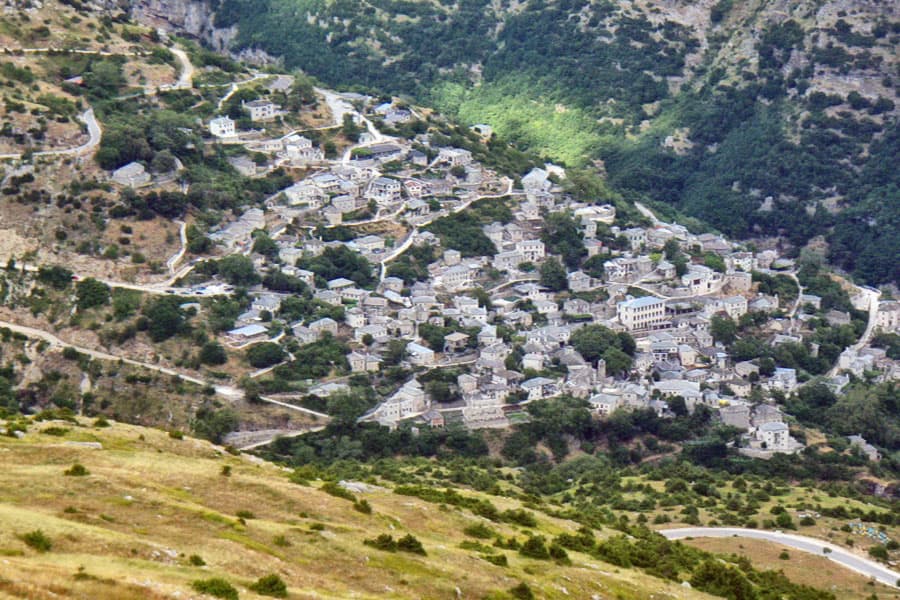 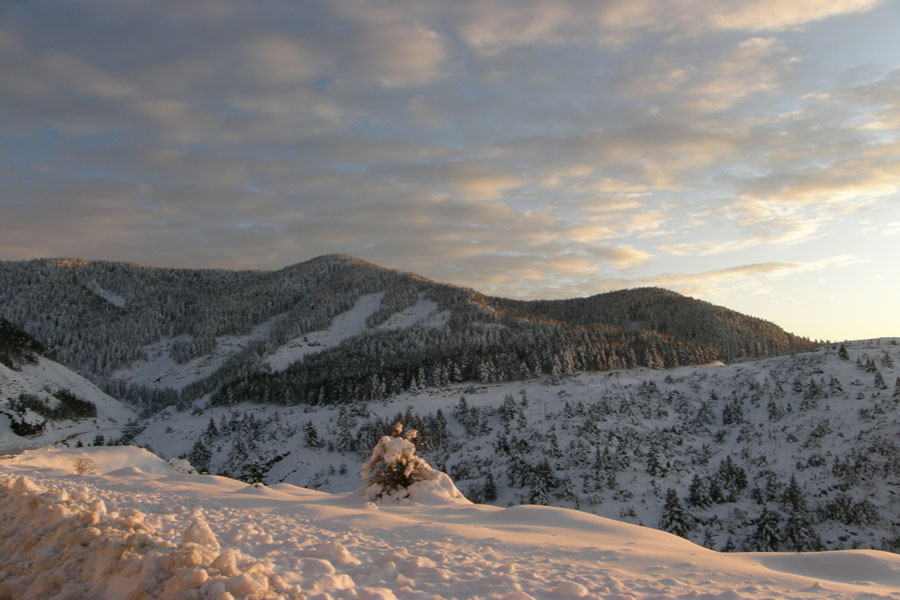 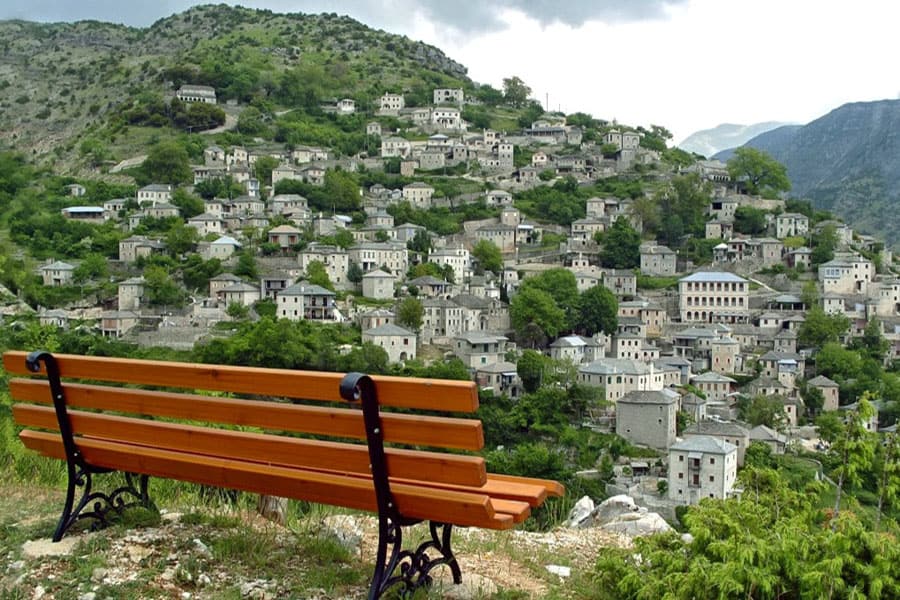 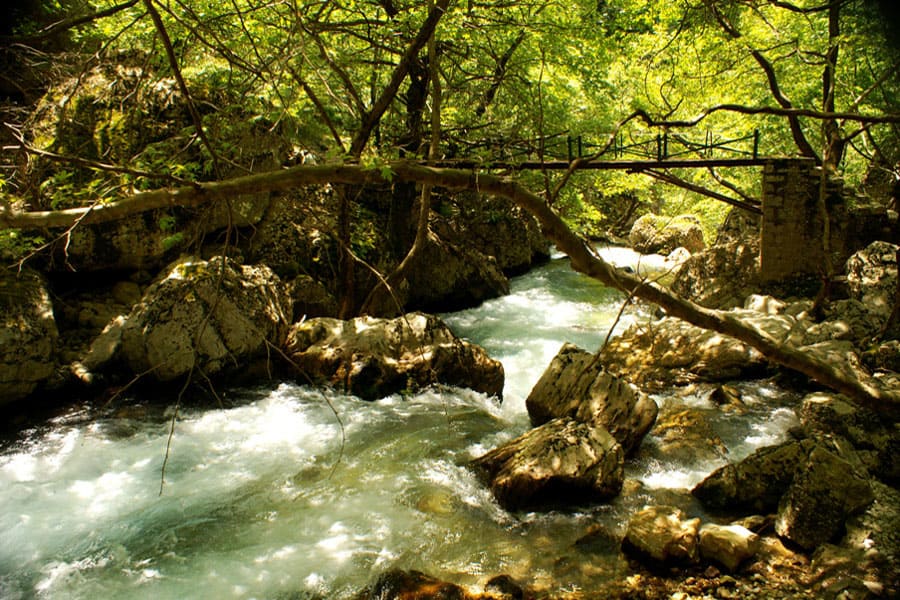 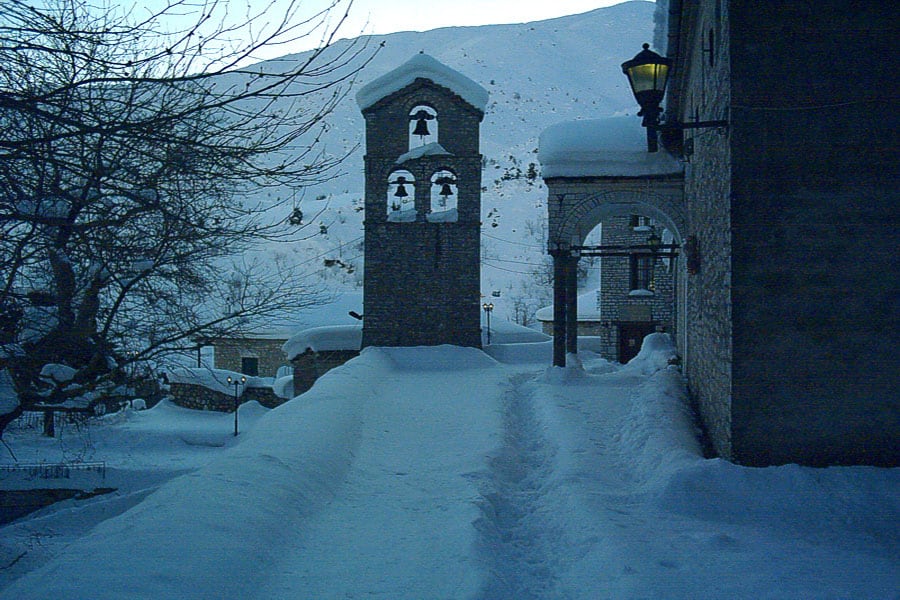 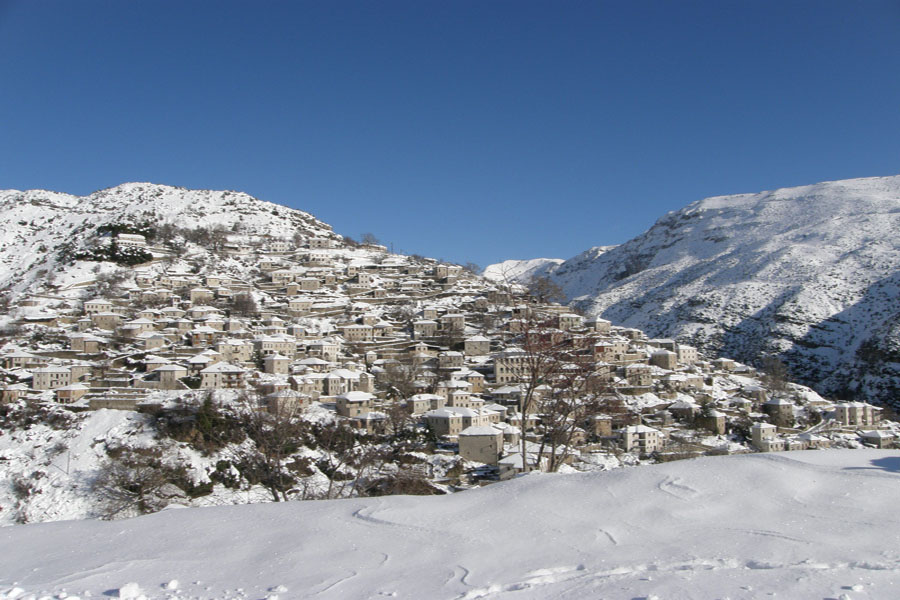 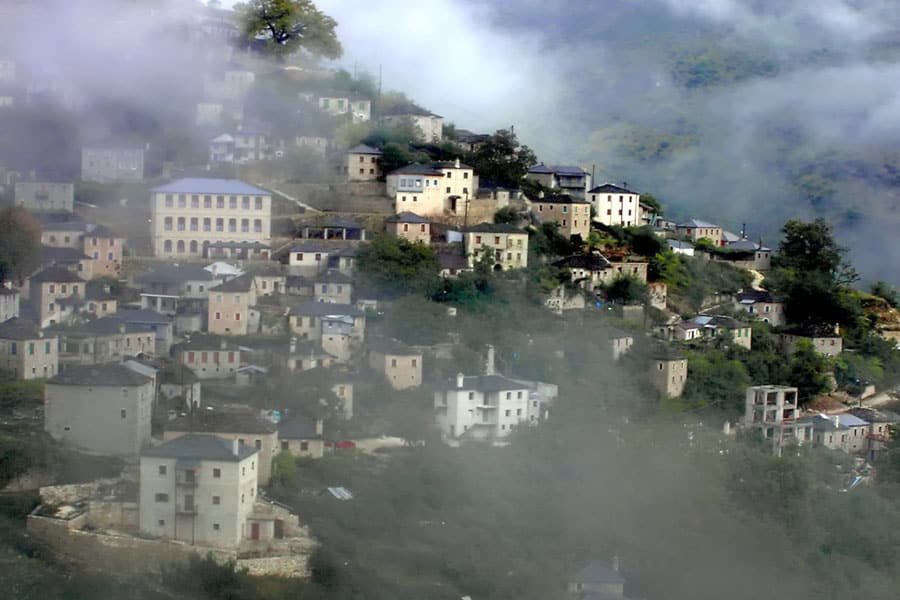 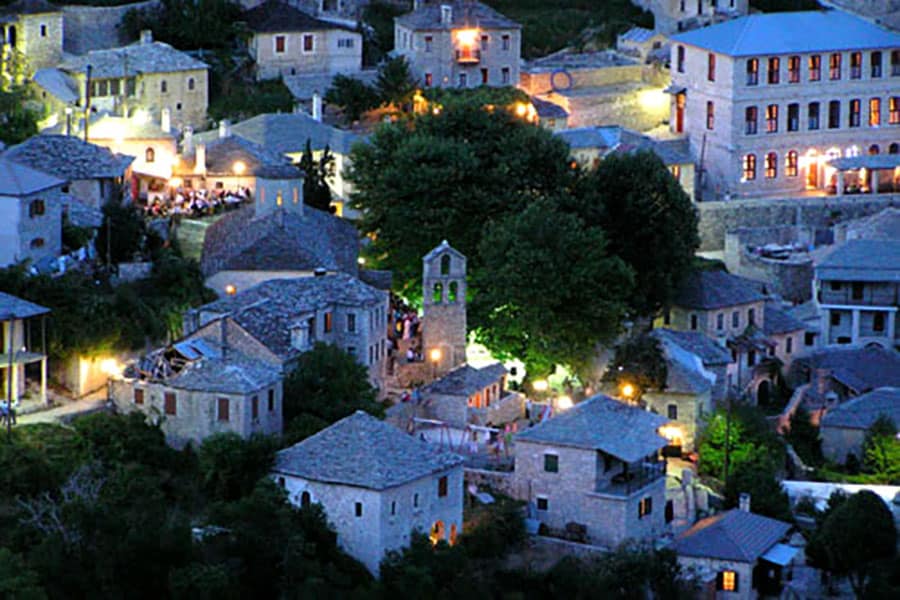 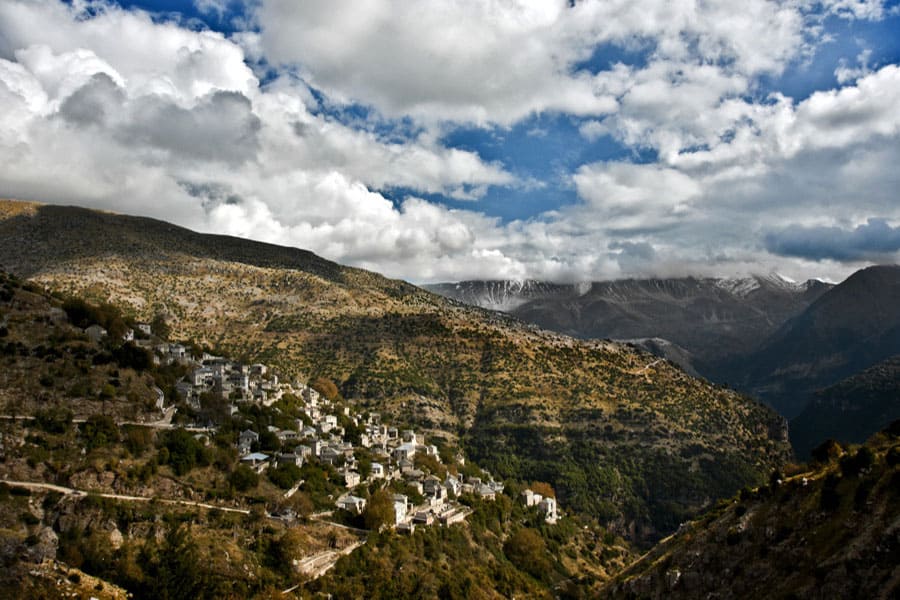 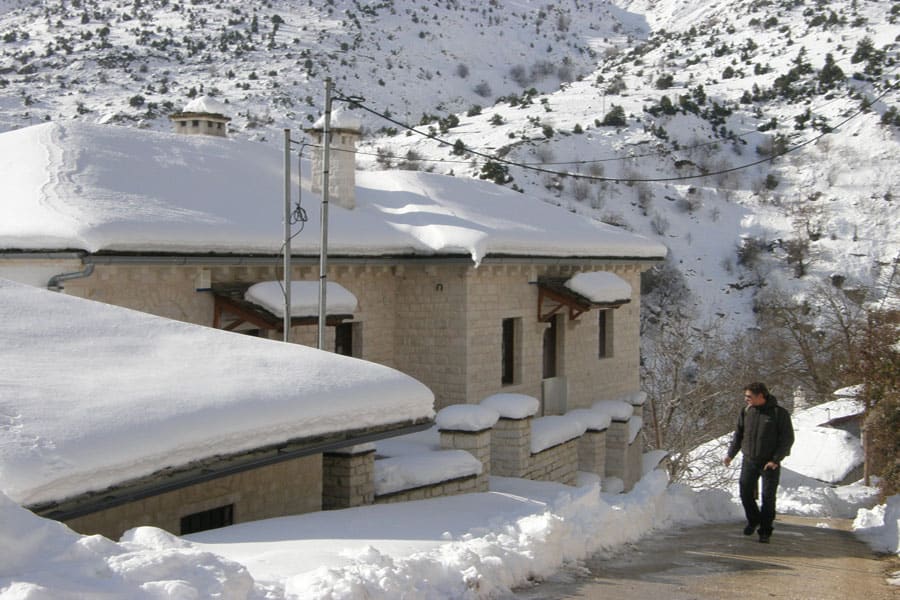 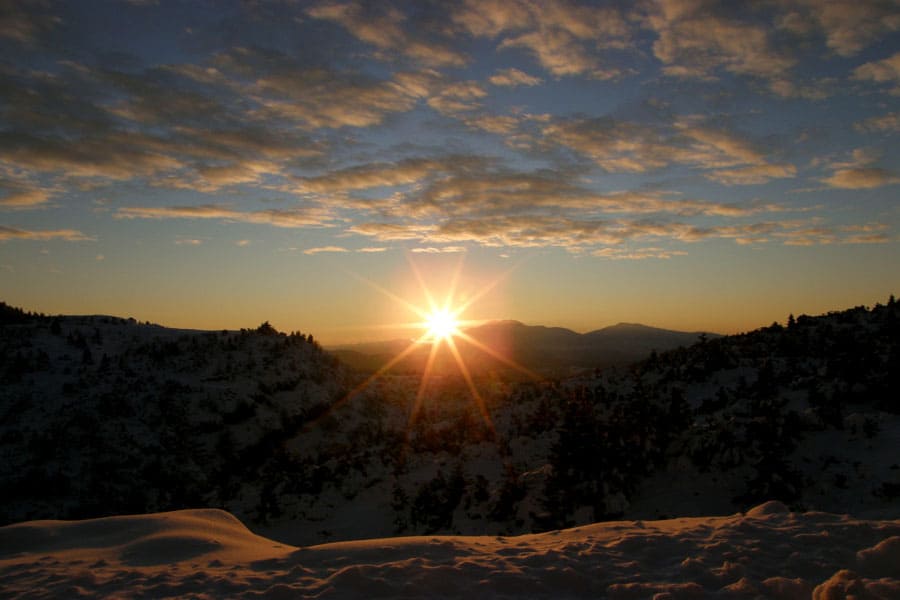 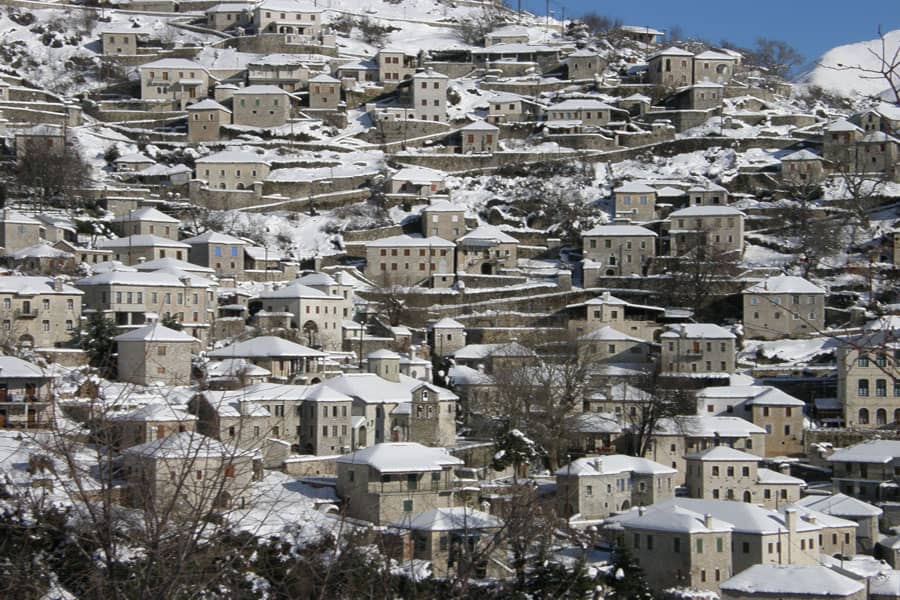